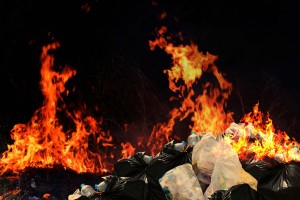 Recent months have seen a spike in landfill site fires causing explosions and flames emitting  -sometimes poisonous - fumes. Lithium-ion (Li-ion) batteries are responsible for around 48% of all waste fires occurring in the UK each year, costing the UK economy some £158 million annually according to new research conducted by Eunomia Research & Consulting*.

The Eunomia report ‘Cutting Lithium-ion Battery Fires in the Waste Industry’, which was produced jointly with the Environmental Services Association (ESA), reveals that an estimated 201 waste fires caused by Li-ion batteries occur every year in the UK.  These have damaging consequences for both the environment and society with waste fires burning for days, weeks and sometimes even months, causing harmful greenhouse gas emissions to be released into the atmosphere and water pollution due to run-off from extinguishing the fires. Dealing with these fires also means extra work and risk to firefighters, as well as disruption due to rail, retail, and road closures as a result of smoke from the fires, while waste site operators have to deal with significant material damage, business interruption and loss of recycling resources.

As well as the obvious electrical and electronic household items such as mobile phones, even items such as singing greetings cards can contain Li-Ion batteries, an issue often unknown to householders. When these 'zombie' batteries get into the residual and mixed recycling waste streams, either loose or inside waste electrical and electronic items (WEEE), they can cause fires when punctured or damaged in the compactor of a refuse collection vehicle or during normal waste processing and sorting operations.

The source of lithium-ion fires is in the make-up of the batteries – the same technology that makes them so highly efficient and powerful. Li-Ion batteries are made up of cells. When these powerful cells are punctured, they suddenly become unstable. The separator in the cells is weakened and may break, causing a short circuit and the heat of the cells to rise. As the heat increases, the separator disintegrates even further and the contents of the cells react with the oxygen let in through the damage which combined with the short-circuiting cells, can increase the temperature of the battery above 500o C triggering the same process in neighbouring cells. This is called thermal runaway, as the increasing temperature and ensuing chain reactions becomes completely out of control and finally, the entire battery is red-hot. The fires created from these batteries burn for longer than other landfill fires, and with much greater heat.

Mark Andrews, the National Fire Chiefs Council (NFCC) Waste Fires Lead and Deputy Chief Fire Officer of West Sussex Fire and Rescue Service, said:  “NFCC very much welcomes this study and we now want to work with the industry to find ways of avoiding Li-ion batteries ending up in the household waste system to help prevent these fires and reduce the impact on local communities, the environment and reduce risk to our firefighters in dealing with these fires when they happen.”

To prevent these fires, Eunomia’s report presents a number of solutions to divert household batteries and small WEEE from the residual and mixed recycling waste streams to specifically designed disposal routes as follows:

Respondents to the survey supported these measures, with 66% backing separate kerbside collections for lithium-ion batteries, 65% supporting a DRS and 42% backing a ban on the disposal of these batteries in general waste. 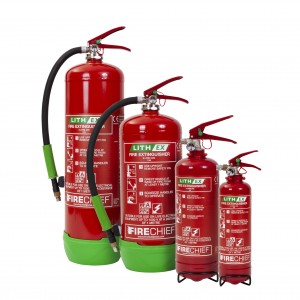