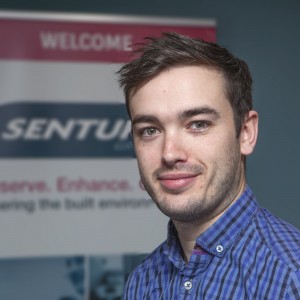 We are pleased to welcome Sam Barnett to the Fire Depot team. Sam joins us as Regional Account Manager (South) and is looking forward to getting to know his customers, developing his skills, and working in a new team environment.

Sam is local to the Fire Depot head office in Oakham, Rutland.  He was educated at Stamford Endowed School, where he boarded from the age of seven and Sam believes that this helped his grow his independence from an early age. He then went on to study Business and Sports Management at the University of Coventry.  Working in hospitality during his studies helped to develop his customer service skills and also confirmed that he wanted to work in customer facing roles.

After graduating, Sam joined a furniture company as a Business Development Manager which he thoroughly enjoyed however, as his role there was very independent, he is very keen and excited to be part of the Fire Depot team and achieve team goals.

Outside of work, Sam enjoys all sports, particularly golf with his friends and watching the football. Sam also enjoys music, so much so when he was much younger, he did busk on the streets of Stamford! Which in Sam’s words ‘soon wore off when I wasn’t as little anymore’.